For my final major project at University of The Arts London, I used inspiration from DC and Marvel comic book adaptions such as Guardians of the Galaxy to create my own alien world where my character designs would live. I wanted to create a mother nature of the world ‘Emphor III’ which Philip K. Dick discusses in his short story ‘The Impossible Planet’. I then designed, illustrated and wrote my own comic book where my character background originated, then made the prosthetic out of foam latex and costume from start to finish. I filmed and conducted a photoshoot in the Living Rainforest in Newbury to represent how my character embodied the nature of the alien planet. 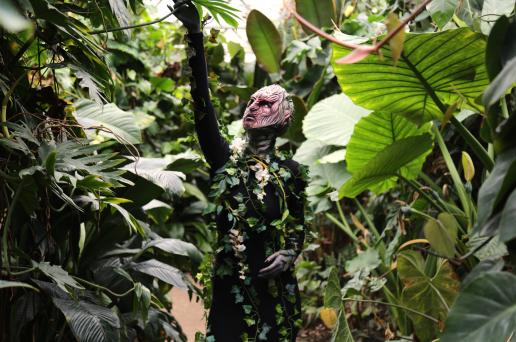 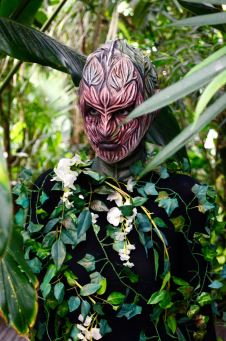 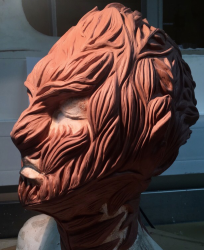 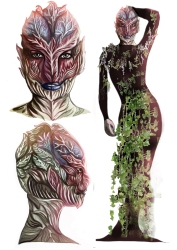 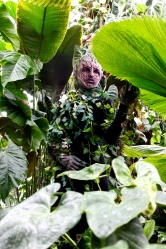 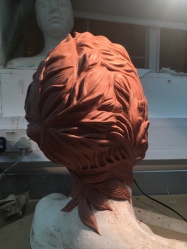 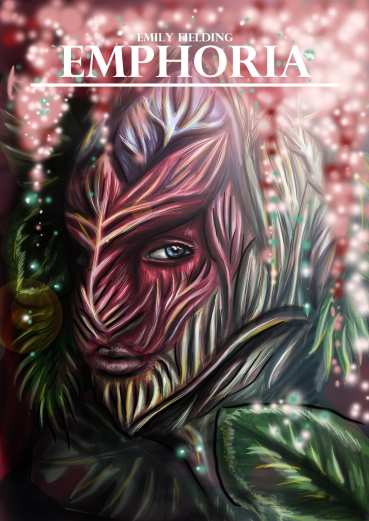 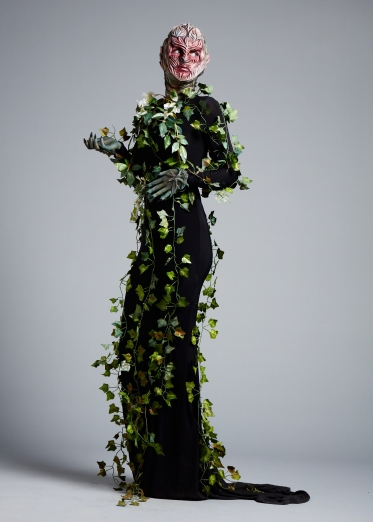 As a requirement of my brief, I also had a to design and create a second character for my final major project. Therefore, I decided to create a second version of Emphoria – but after the world of Emphor III was polluted and destroyed by war. Since she is a mother nature character, she therefore had to embody the changes shown in the environment of the world. 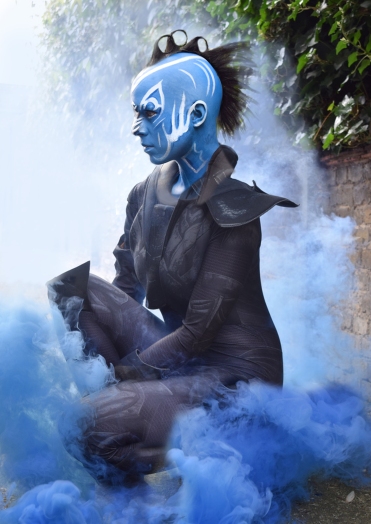 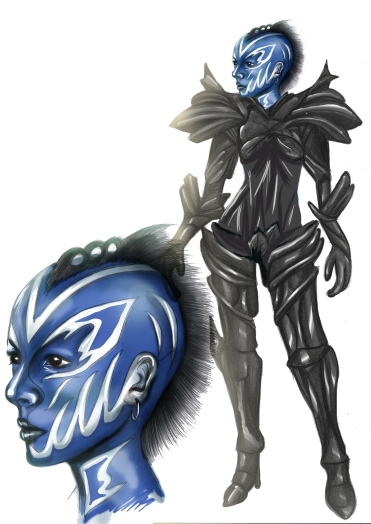 I was fortunate enough to win a competition in May 2018 to visit HungKuang University in Taiwan alongside Cecilia Pritchard and Karl Rouse to demonstrate some of my work as well as teach a collection of students there for a week. I completed demo’s of my characters from my final major project, as well as creating an alien bald cap look alongside Melissa Brett. 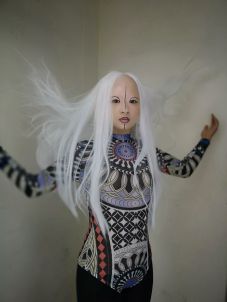 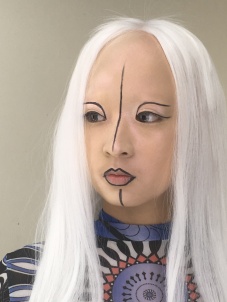 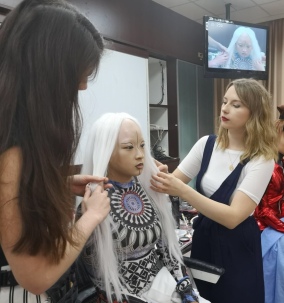 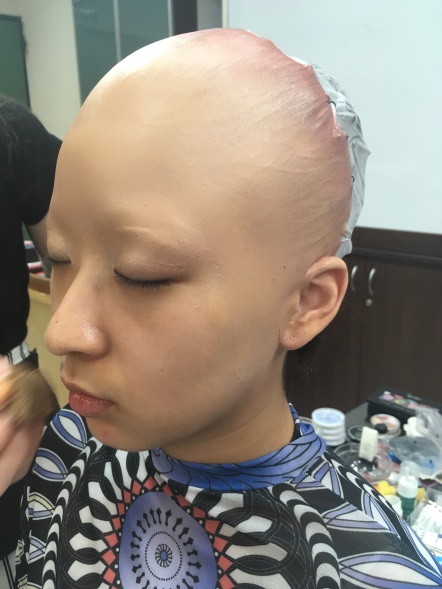 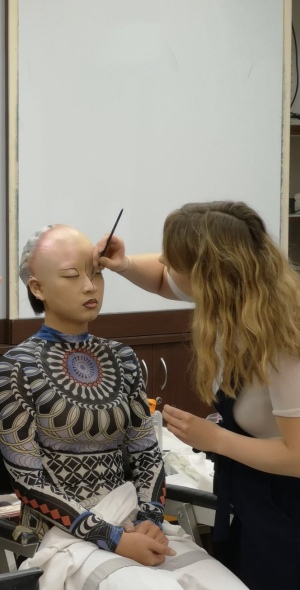 Myself and Melissa Brett creating the look. 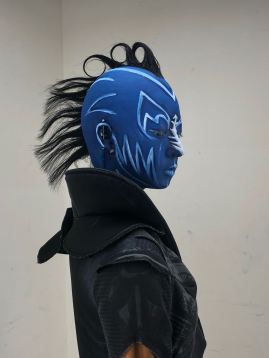 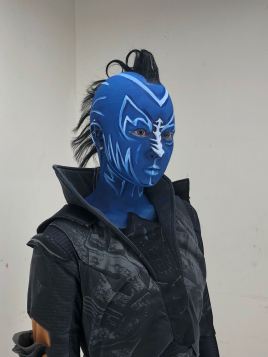 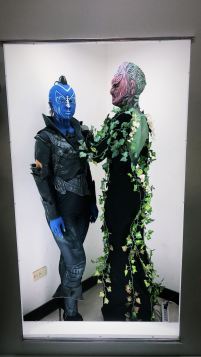 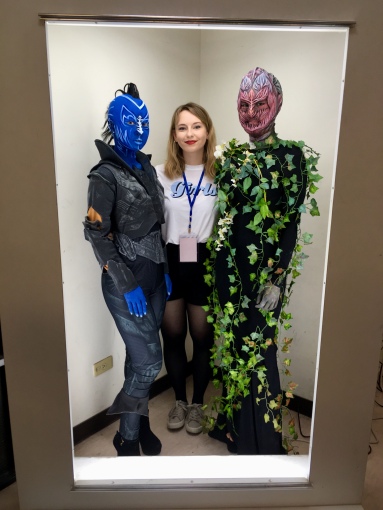 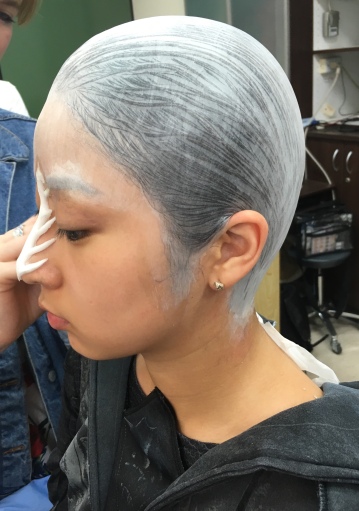 Both my designs were demoed. Bald cap above applied by myself and assisted by Joy Howley. 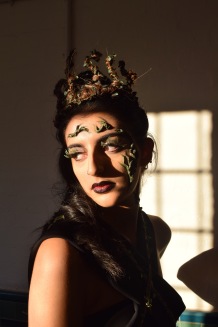 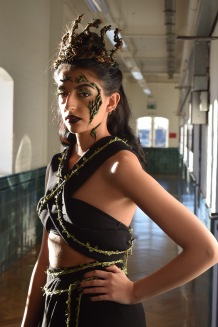 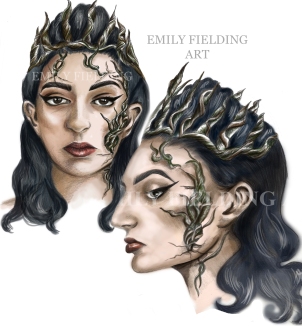 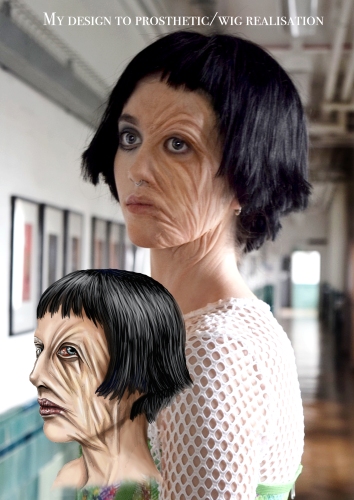 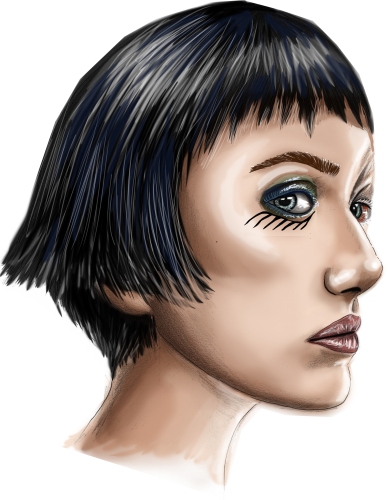